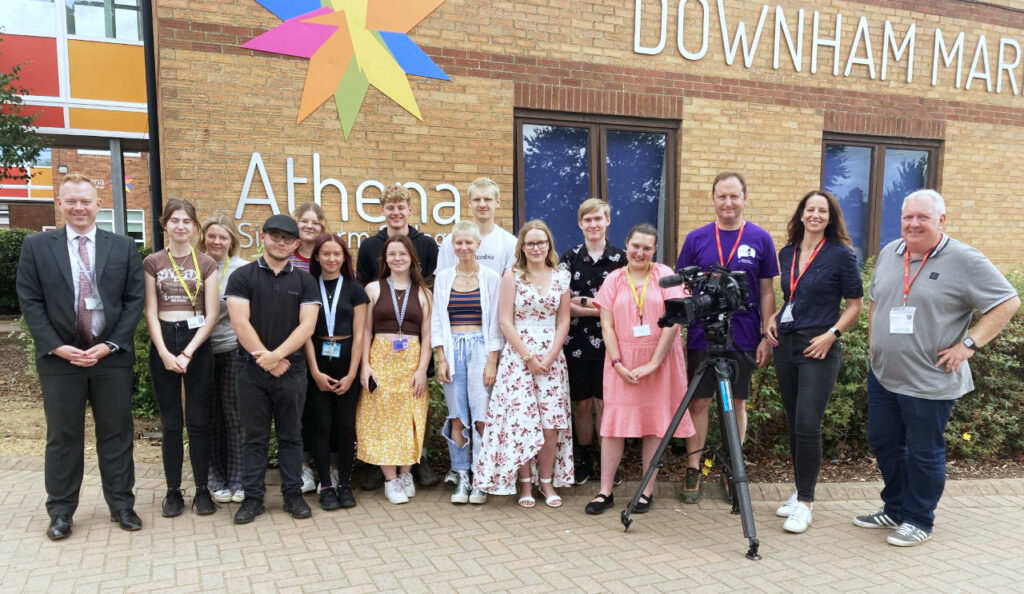 Athena was joined on Friday 15th July by Tim Owen, one of the 3 dads walking, and a film crew from the BBC.  Tim was visiting to see the new Sanctuary facility – a wellbeing space that students are free to use to relax and reflect in.   Tim visited the Sanctuary and spoke to […] 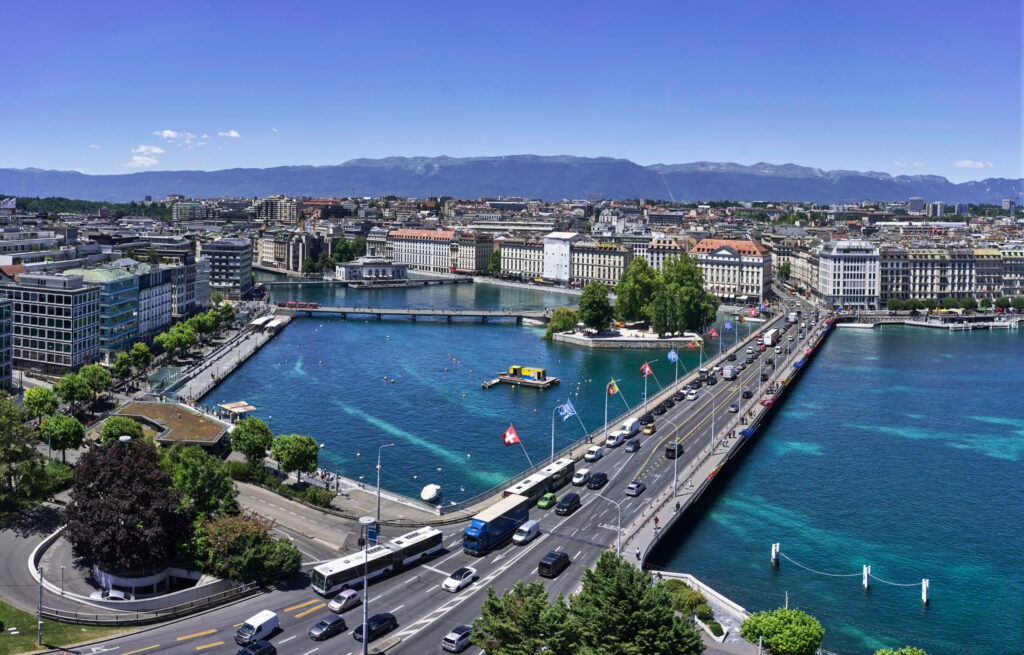 Join Athena for an exciting trip to Switzerland Summer 2023.  Enjoy a half-board 4 days and 3 nights touring Switzerland, visiting Geneva and Bern.  Geneva is the location for our tour to CERN, a truly inspiring and potentially life-changing trip!  Geneva itself is a gem of a city superbly strung around the sparkling shores of […] 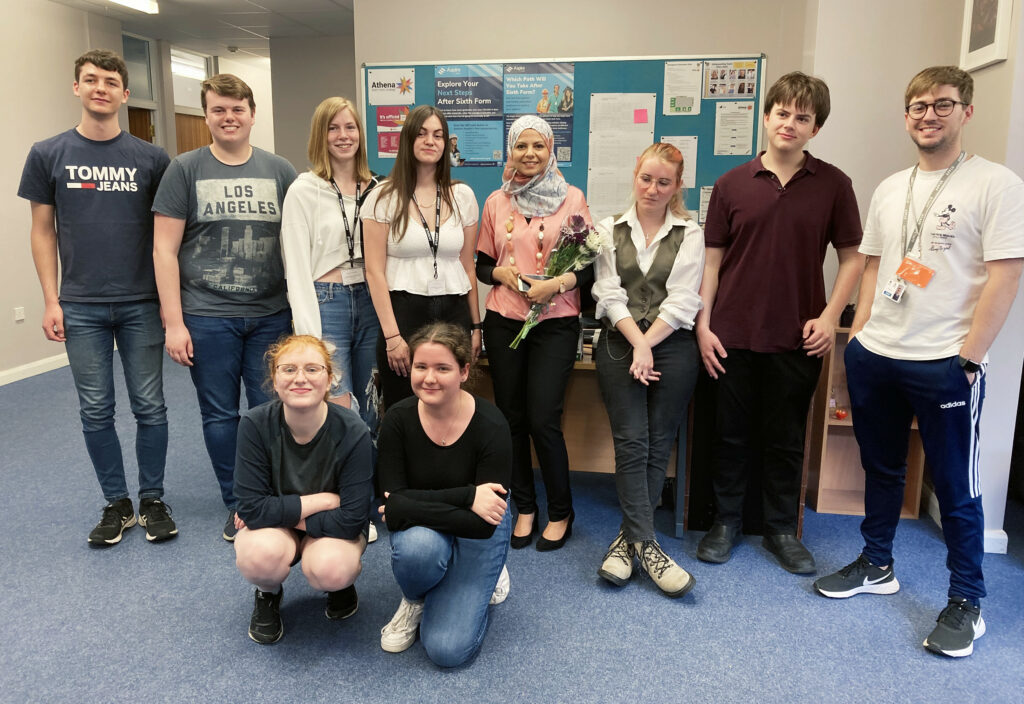 Previous Next On 24th June Athena said goodbye to the year 13s.  The year group enjoyed a lunch party in the Athena space with music and laughter.  The staff were overwhelmed with the gifts students had purchased for them, showing how kind and caring the students of Athena really are. It was a lovely atmosphere and […]

On Tuesday 14th June year 12 attended a UCAS day at the university of Suffolk as part of futures week.  This was to inform us of our potential universities to attend or even find courses that we could study while at university. There were over 100 universities and apprenticeship providers present and it was enjoyed by […] 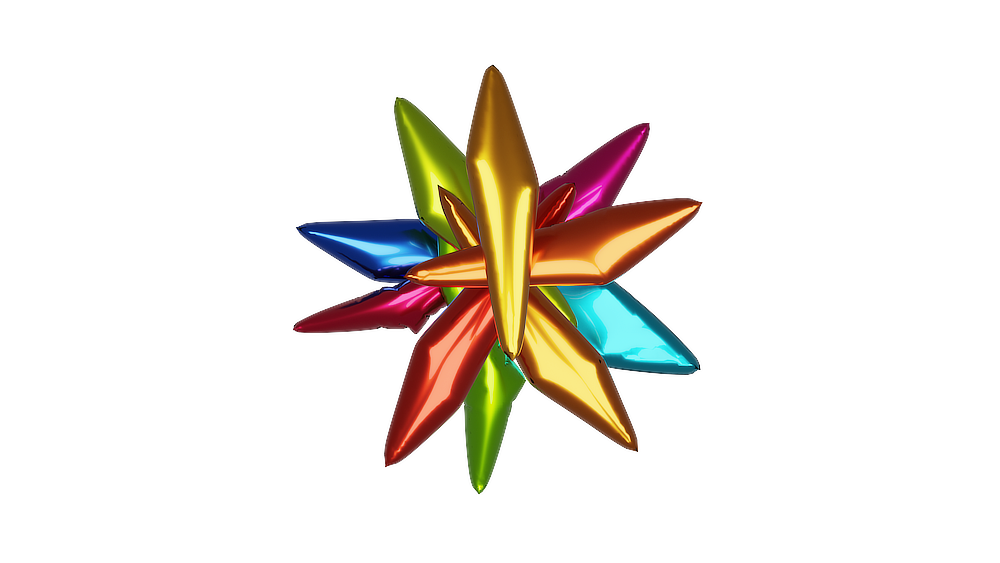 Previous Next Athena has now officially relocated to the Bexwell site and this was celebrated in style at out Grand Opening event on 17th June. The event was the hottest ticket in town (literally!) and 80 guests basked in the sunshine while listening to the band play outside the Athena block.  The ribbon was then cut […] 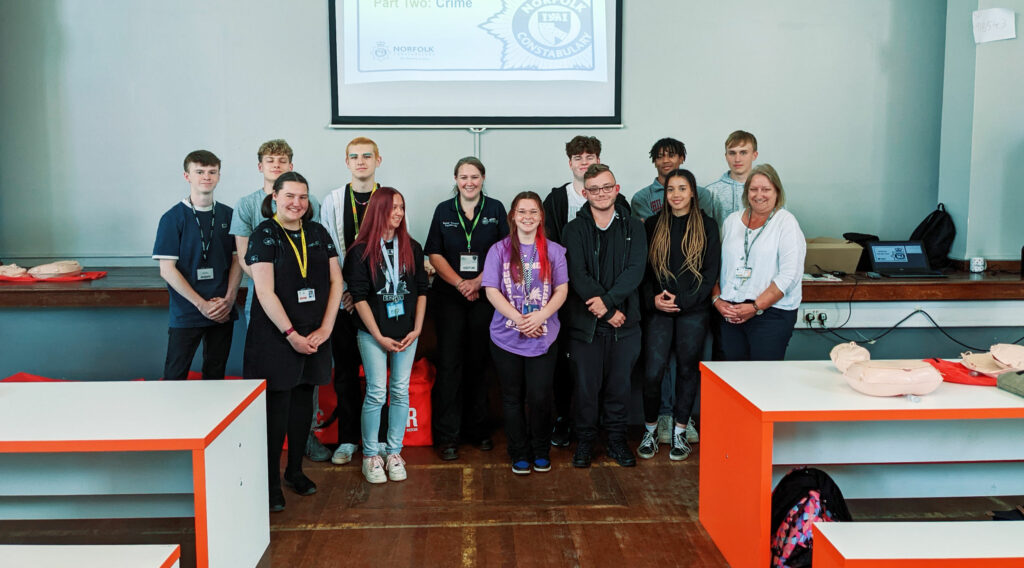 On Wednesday 8th June we were joined by a member of the Norfolk constabulary to listen to a talk about crime and relationships.  It was an interesting talk that covered a range of topics, specifically how the law changes when students reach the age of 16.  We also learnt about the various types of crime that […] 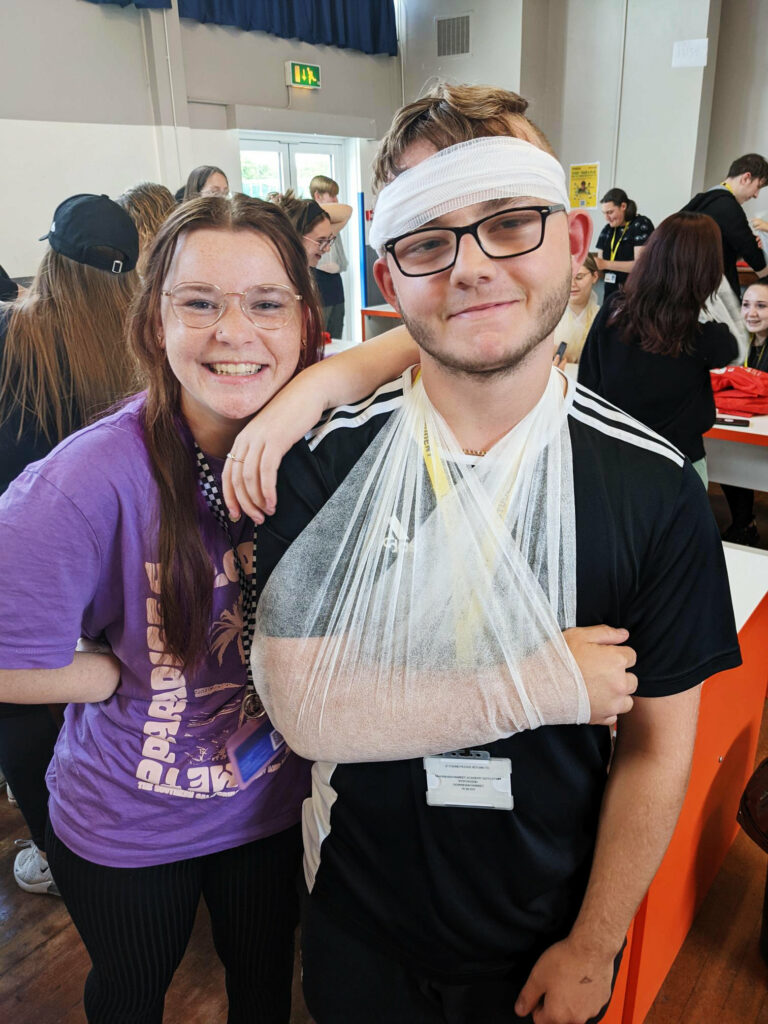 Athena students spent an afternoon away from their lessons taking part in a first aid workshop.  The practical workshop was full of excellent and helpful activities to allow students to become life savers of the future.  Students learnt the basics of CPR and tested themselves to the beat of ‘Staying Alive.’  The session also covered […] 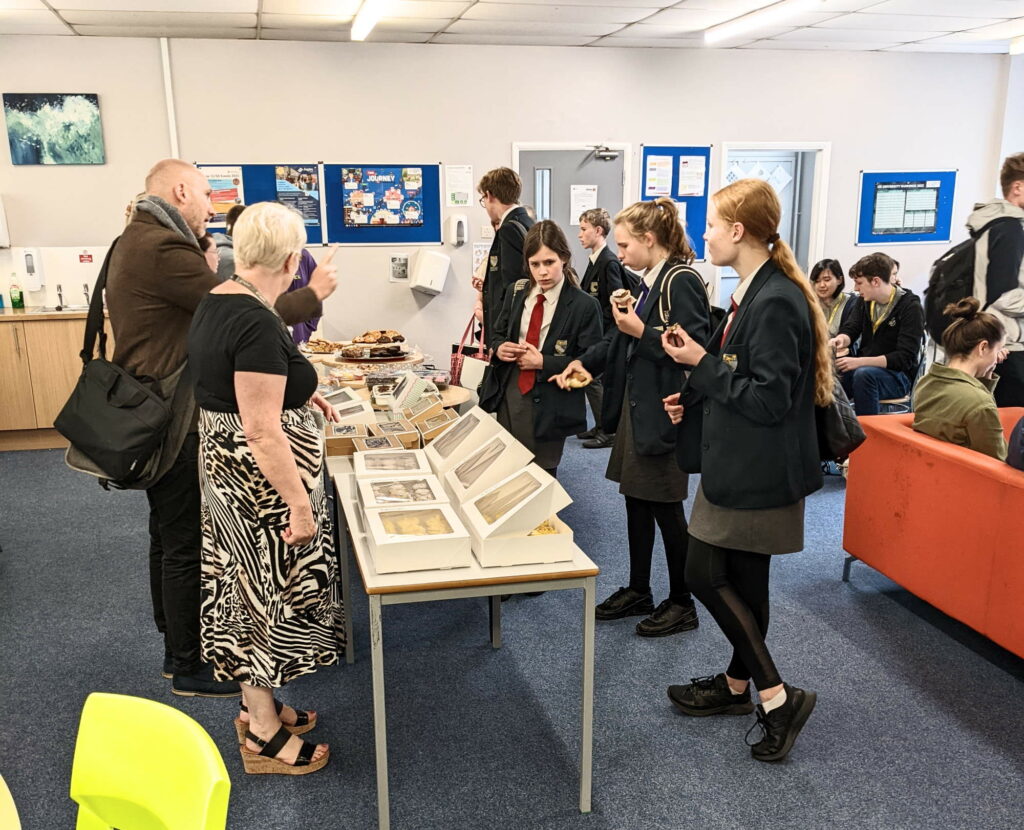 The bake sale on Thursday was a massive achievement raising £180.  Half of this money is going towards the charity chosen by the students of Athena: Papyrus, and the other half to Athena funds  We had a wide variety of baked goods, ranging from cookies to rocky road. We had so many donations we had […] 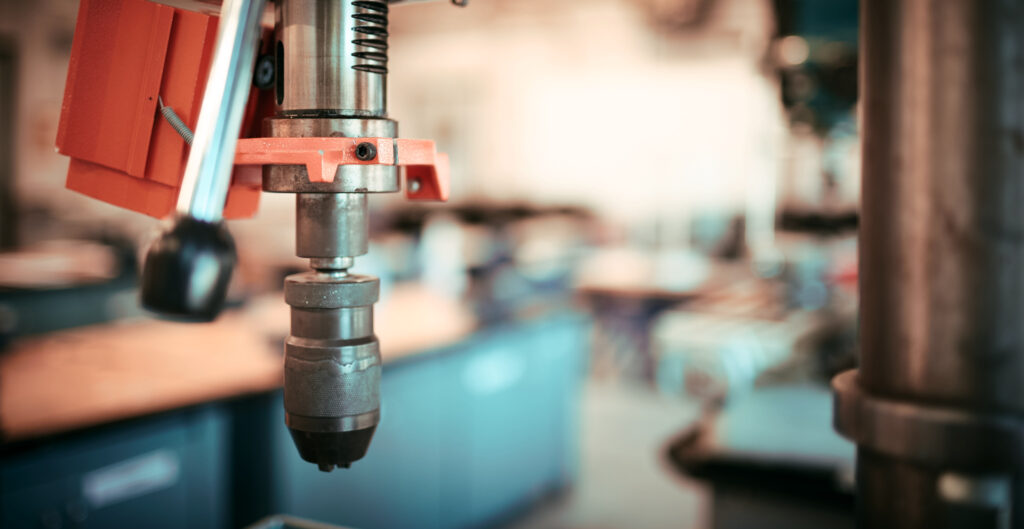 On 25th May 11 Athena students hosted almost 50 year 10s for a study skills workshop. The Athena students prepared short workshops to help support Year 10s as their mocks draw closer.  The Year 10s had 10 minutes at 1 of the 6 stations before moving onto the next station – think speed dating but […] 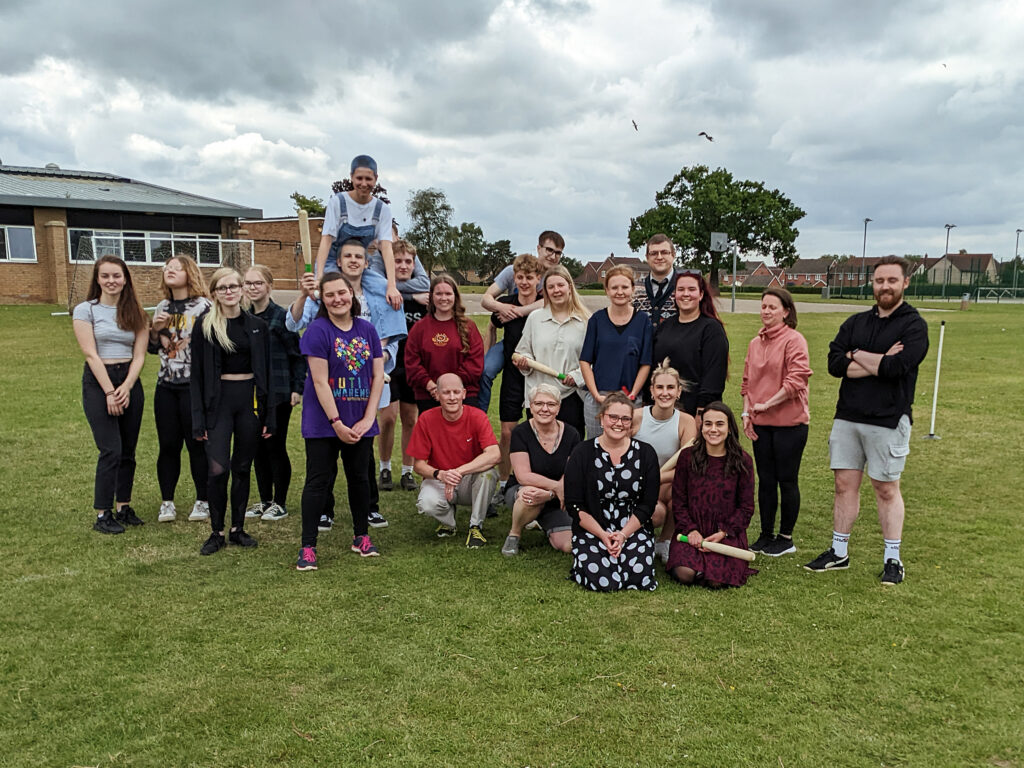 On 26th May Athena students hosted a rounders match between an Athena team and a selection of fine athletes from the staff body.  The rain stayed away and an hour of fine rounders took place.  The event was planned by the student executive committee and was a great chance for staff and students to have […]